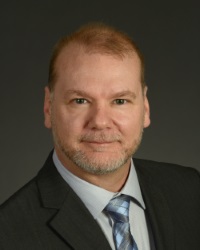 My creativity has focused on Mixed Media Collage informed by Memory, Object Relations Theories and Structural Linguistics including the use of deconstructed materials and narratives. Subject matter ranges from abstraction, the environment/landscape, LGBTQ2+ issues – adopting increasingly an activist message since graduating with a Bachelor of Fine Art degree from Western University in 1993. I studied drawing with Kim Moodie; photography with David Merrit; painting with Sheila Butler and Duncan DeKergemeaux; sculpture with Cyril Reede and Colette Urban; printmaking with Helmut Becker; and Critical Theory with Jose Barrio-Garay. As a bricoleur, or one who constructs from a wide range of objects, Constructivism plays a large part in my technical practice including a full workshop and studio spaces.

In 2007, I was part of a trip down the Thames River with the Philip Aziz Foundation of Art to recreate a trip that Paul Peel and William Lees Judson did in 1877. With that, began an exploring non-figurative works including landscape and minimalism/hard edge works while finding a way to include components of materialism/found objects. I have exhibited extensively throughout Ontario including Aylmer, Bright’s Grove, Hamilton, Ingersoll, London, Port Stanley, St. Thomas, Sarnia, Sudbury, Toronto, and Woodstock. I received Ontario Arts Council Exhibition Assistance Grants in 2010 and 2013.

Highly influenced by London’s Reginalism and the works of area artists Greg Curnoe, Bernice Vincent, Tom Benner, and Patterson Ewen, Constructivism plays a large part in my technical practice (including a full woodworking studio) in the use of new or found materials deconstructed, and/or then contructed or assembled to form either the base upon which to paint (stretchers and panels, both wood, paper, and mixed media) or the actual final art work. Palette paintings, created spontaneously from the paint from larger works, form another integral component of my artistic practice. Toronto colourist artist Lois Steen (loissteen.com) whose use of vibrant colour and juxtaposition remains an influence. Theoretical influences include psychoanalytical theories like Object Relations (the materials and events in our lives that influence throughout), Cognition and Memory, as well as Gestalt Theories and Structural Linguistics.

I continue to exhibit and seek curatorial opportunities throughout Ontario. My work can be found in the collection of the City of London as well as numerous private collections. Commissions welcomed. Thank you.