Ben Benedict has been a recognized professional visual artist and arts writer/critic, cultural leader, consultant and activist within London and area since graduating Western University in 1993, a career and lifestyle goal made while serving in the Canadian Armed Forces and having received the Grade 12 English and Chemistry Awards. Today his experiences and expertise can be seen throughout South-western Ontario. 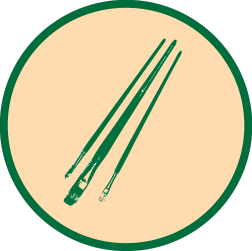 As a visual artist he has participated and been juried into both group and solo exhibitions throughout South-western Ontario including Aylmer, Bright’s Grove, Hamilton, Ingersoll, London, Port Stanley, Sarnia, St. Thomas, Sudbury, Toronto, and Woodstock since 1992 and continues to based on reputation and skill. Ben Benedict has received an Exhibition Assistance Grant from the Ontario Arts Council in 2010 and 2013. He served as Vice Chair of the Forest City Gallery in 2005 and has participated in a number of community projects including with the Philip Aziz Foundation, the Canadian Conference on Epigenetics, and Culture Days while donating time and art to the London Children’s Museum, Unity Project, and Community Living London as well as a mural project with Neighbourhood Watch in 2010. As a result of a successful first Culture Days Canada event in 2010, he was the only visual artist in Canada mentioned by name in the organizations final national media release. His Culture Days Canada efforts in 2011 appeared as the cover photo of the London Free Press. In 2015, Ben was honoured to be a part of the Ontario Public Service (OPS) Pride Network’s exhibition Queer Landscapes, Queer Journeys, the first LGBTQ2+ exhibit ever at the John B. Aird Gallery, located in the Macdonald Block of the Province of Ontario Legislature. These works then travel to Open Studio at Cambrian College and were included in an exhibition organized by PrideHouse TO: Sudbury Celebrates!, as part of the TORONTO 2015 Pan Am/Parapan Am Games. In 2017, he was selected by neighbours, the North Talbot Community, to create a mural on a Bell Box in support of Ward 13 (75 Albert Street) – resulting in new national participant guidelines through my work with Bell. 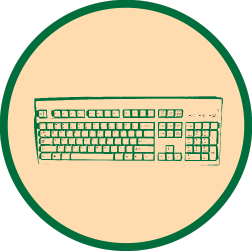 As a curator, he has worked with leading curatorial professionals across Ontario including members of the Ontario Association of Art Galleries, Art Dealers Association of Canada, and the Artist-Run Centres and Collectives of Ontario (ARCCO) in developing London’s Annual Pride Art Show into a professionally juried exhibition with international participation in 2011. In 2013, he curated Inventive Women: Reinterpreting the Canadian Landscape (Catalogue ISBN: 978-0-9881111-1-0) at the Woodstock Art Gallery, Woodstock, Ontario from 2 February to 30 March, 2013 which featured a panel discussion with the curator and artists Isabella Stefanescu, Kitchener; Ruth E Strebe, London; Christine Brandon, Mooretown/Espanola; Rebecca Gillen, Woodstock; and Josy Britton, Grand Bend. 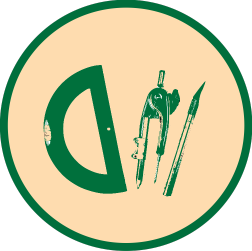 As an advocate for the arts in London I have served as a journalist promoting the arts both in print, and as an award winning broadcaster at CHRW Radio Western. I co-founded Pride London Festival in 2002, now recognized as an essential festival by the City of London (2008), including the development of the annual Pride Art Exhibit into a professionally juried exhibit a local focus and with international participation in 2011. Additionally, as a member of London’s Creative City Committee, I helped develop the City’s Cultural Master Plan, Public Art Policy, and was part of the representative team to the 2011 Creative City Summit in London. Recognized for his cultural expertise, he assisted the Schulich School of Business, York University’s Students in Free Enterprise (SIFE York) program on the development of a Business of Art day long workshop in 2012 and Keynote Speaker in 2013.

As an arts consultant I have facilitated many creative careers and consulted with a number of local arts groups including The Brush and Palette Club, McIntosh Gallery, and The Brickenden Theatre Awards. I have spoken professionally on the “Business of the Arts” across Ontario including Marketing 2.0 as part of a CARFAC: Webinar Series for Visual Artists across Canada in October 2014. I also completed the Artist-Educator Foundations Course through The Royal Conservatory. In 2012, I was recognized as a “Community Trailblazer” by Pride London Festival for my contribution to the LGBTQ and cultural community of London as well as an “Influential Londoner” by the London Community Foundation. Most recently in the 2018 municipal election, I was a City of London Ward 13 Candidate as a testament to my integrity and commitment to community.

Ben Benedict believes in mentoring and provides a number of professional services to other creative professionals through Benedict Creative Communications, a writing/editing and public relations firm established in 2005. Past clients include business and business professionals, cultural groups, individual artists, sporting and nonprofit organizations, and a Member of Parliament. For more information visit Benedict Creative Communications.